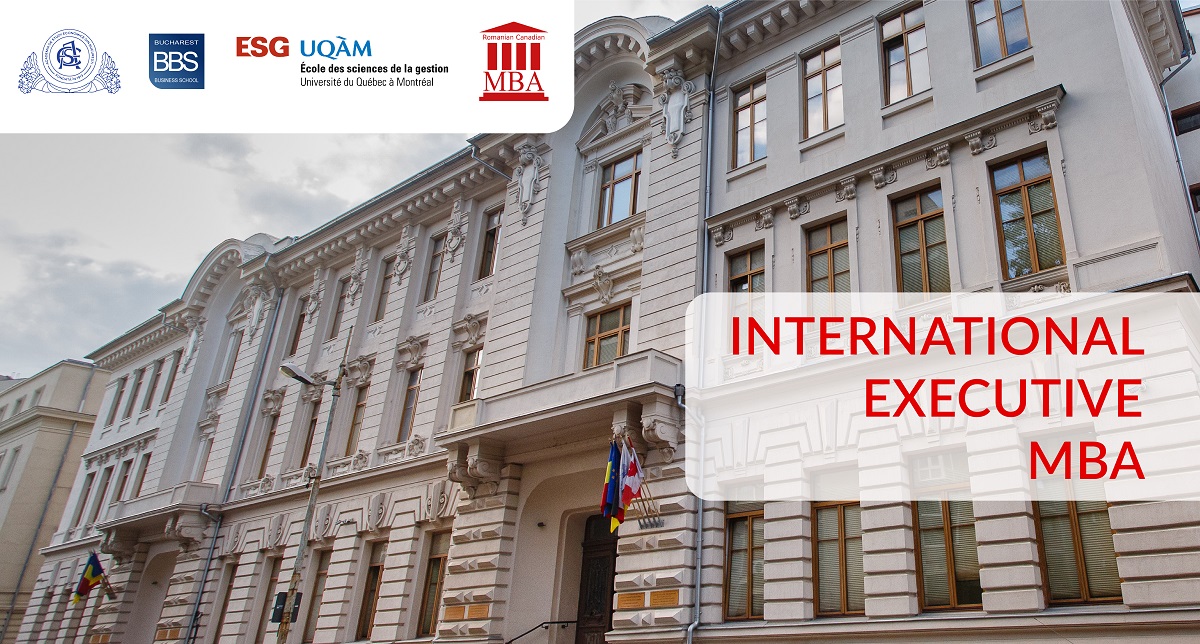 With a history of more than 20 years, the Romanian-Canadian MBA is one of the most prestigious Romanian programs, with over 1000 alumni, working in multinational companies active in the Romanian or foreign markets, or entrepreneurs who developed several successful businesses.

The Program was started in 1993 as a joint venture between the Bucharest University of Economic Studies and Universite du Quebec a Montreal (UQAM) after an intergovernmental agreement between Canada and Romania. Since then the program has developed naturally and has brought an important contribution to the development of managerial skills on the Romanian market.

In order to ensure top quality education and the highest standards, the Bucharest University of Economic Studies has partnered since 1993, for the Romanian-Canadian MBA program, with some of the most prestigious universities from Canada, starting with UQAM, continuing with HEC Montreal and with the University of Ottawa. Starting with 2016, the Program went naturally to the next level and is again a joint venture between the two initial partners, the Bucharest University of Economic Studies and Universite du Quebec a Montreal (UQAM).

UQAM was founded on April 9, 1969 by the government of Quebec, through the merger of the Ecole des Beaux-Arts de Montreal, a fine arts school; the College Sainte-Marie, a classical college; and a number of smaller schools. In 2015, UQAM had a student population of 43,314 in six faculties (Arts, Education, Communication, Political Science and Law, Science and Social science) and one school (Management). It offers Bachelors, Masters, and Doctoral degrees.

The Bucharest University of Economic Studies, founded in 1913 by Royal Decree, is Romania’s top business higher education institution ranked A class ”research intensive university” (2013) by ARACIS and recognized by U-Multirank.

All our courses have a strong practical character and the entire curricula of the program is constructed so that it meets the most important expectations of the professionals from the field, the requirements of our partner companies and it also integrates the feedback of our alumni.